The company owns and operates four higher-learning institutions: the University of Phoenix, Western International University, Axia College, and the College for Financial Planning. As of November 2013, the combined enrollment of all the universities was approximately 269,000 students.  Of these, nearly 90% attend the University of Phoenix, which Apollo describes as "the nation's largest regionally accredited private university". 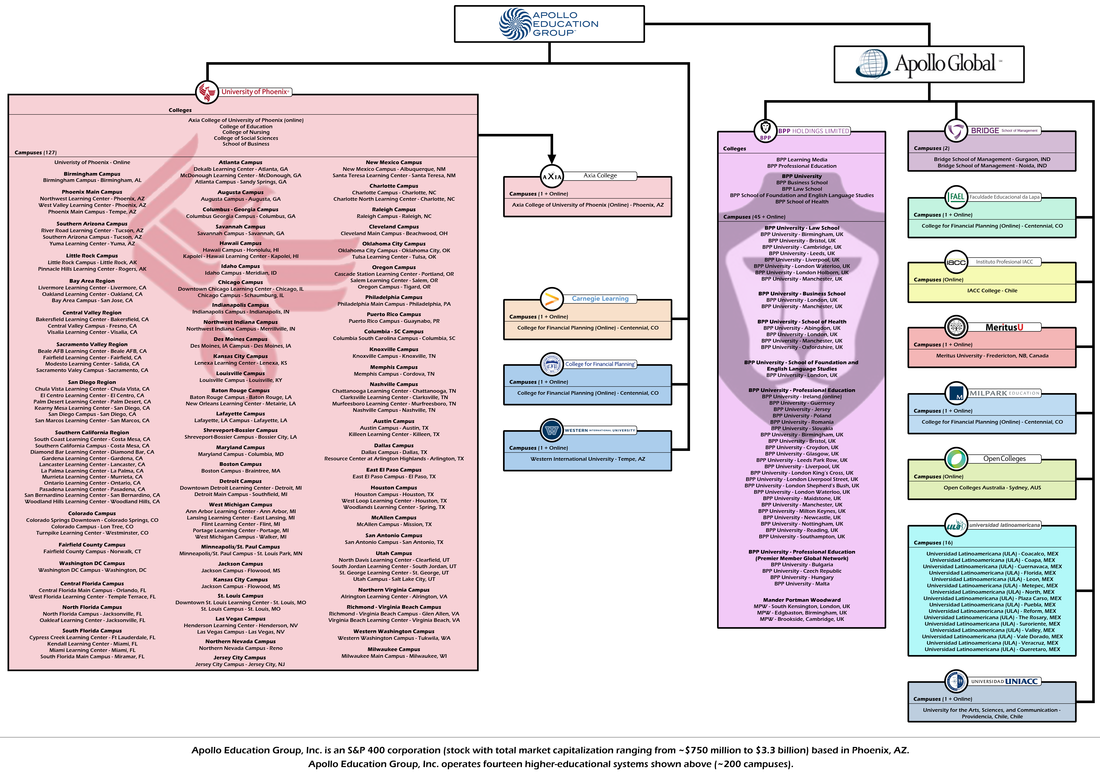